What is the seasonality of nuts? 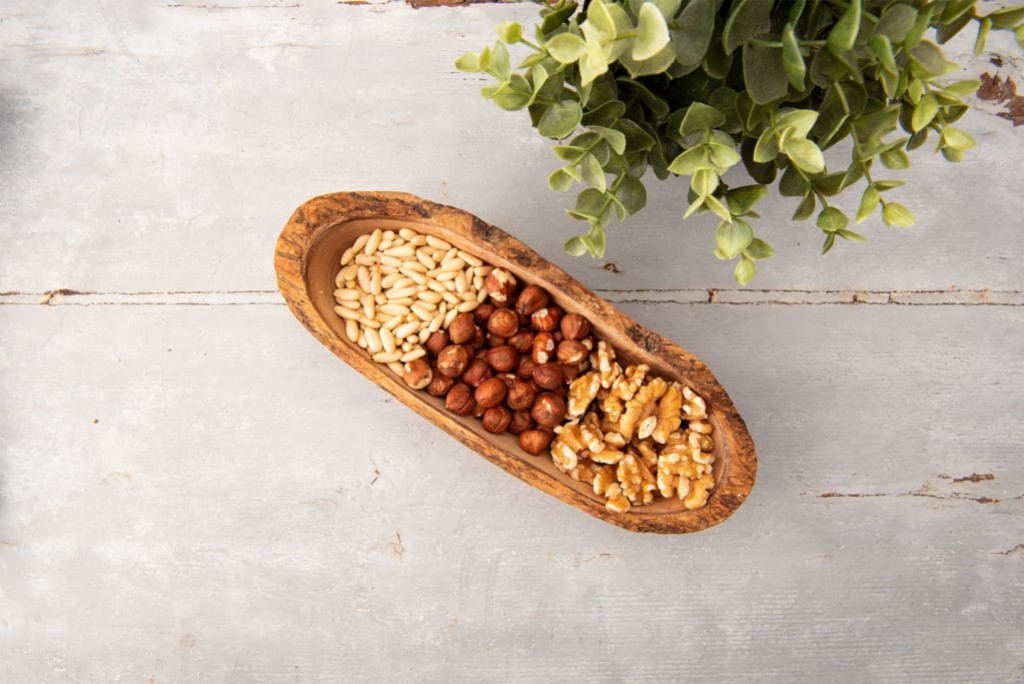 It's time to shed some light on nuts and oilseeds.

These represent the edible seeds of their plants.

Unlike dried fruit, which in most cases consists only of the sugary pulp of the fruit and is therefore also called pulpy nuts, oily nuts have a much higher fat content and in general the nutritional profiles of the two types are quite different.

Despite the obvious differences between nuts and dried fruit, the different types of oily nuts also go through growth and ripening phases that are linked to the seasonal cycles and the development of the plant of origin.

In order to obtain products at the right degree of ripeness, and therefore better quality, it is necessary to wait for specific harvesting periods which, as is the case for dehydrated fruit, vary according to the seasonal trend, the plant and the growing area:

The prevailing part of almonds available on the market (approx. 80%) come from the USA, the harvesting is carried out in summer during the months of August and September.

In South America, the harvest of Brazil nuts begins in November and lasts throughout the winter until March.

In Africa, cashews are harvested in two distinct periods of the year. In western Africa, the harvest begins in December and lasts until June, while in eastern Africa the cashew harvest period is limited to the months of October and November. Cashews from Vietnam are harvested between February and March. In this way it is possible to cover the demand throughout the year.

The Italian production of hazelnuts covers about 13% of hazelnuts available on the market, placing it in second place among the producing countries, behind only Turkey that covers about 60%. Harvesting takes place during the autumn period between September and October.

Macadamia nuts originate from Australia, which is also one of the main exporters together with South Africa. In these countries the harvesting takes place from February to August, while in Kenya the best harvest is obtained between January and May. In autumn (from September to November) small quantities can be obtained, but the quality of the product is clearly lower with respect to the harvesting of the period winter – spring.

The main producers of pecans are Mexico and the United States which together cover about 90% of the market, the pecans are harvested in these areas in September and October.

Peanuts, due to their nutritional characteristics, are included in the category of oily nuts, even though they are actually leguminous plants that develop underground. Peanuts are harvested in the southern hemisphere from April to June and in the north between September and October.

The harvesting of pine nuts in Italy is carried out in winter-fall (from October to March) and according to the moment the product may have different degrees of humidity.

In the Northern hemisphere (especially USA and Iran that represent the first and the third producers of pistachios at worldwide level) are harvested in September and October.

Pumpkin seeds are harvested at the beginning of autumn (September-October).

Sunflower seeds reach their ripening level towards the end of summer and the harvest is carried out between August and October.

We always strive to provide customers with the best product possible. By purchasing raw materials from suppliers from all over the world we are able to guarantee lovers of nuts the freshest products also respecting the natural life cycles of plants.

How many pieces of Nuts and Dried Fruit should be eaten per day?

Pecans: benefits, varieties, nutritional values and where to find them

Pistachios: benefits, varieties, nutritional values and where to find them

How many mulberries per day?

You added: You removed: